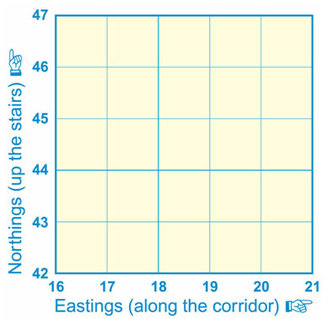 What is a grid?

Topographic maps have a system of lines called grid lines on them . These lines form a grid, which consists of vertical and horizontal lines . Each square that is form by these lines is called a grid square.

What the following video about eastings and northngs.

What is grid reference?

For example Hadley is between eastings 01 and 02. In this case we write down 01, as is is to the left of the Hadley. We then write down northings 09 as it is at the bottom of Hadley.
When put together we have 0109. This is the four figure grid reference for Hadley. 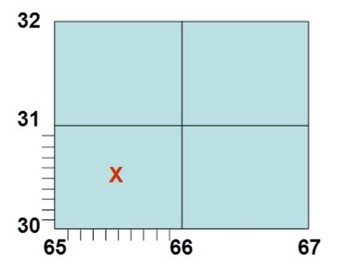 6-figure grid reference gives a more accurate location of a point with a grid square.


NB.  Remember that eatings MUST be given before northings, Also you count towards the east and towards the north.

Click on the following link to play a  game which will give you more practice on locating places using 6-figure grid reference.
http://www.echalk.co.uk/Geography/MapReading/gridReferences/gridReferences.html